"Donna Gottschalk is an American photographer who was active in the 1970s and came out as lesbian around the time that Radicalesbians and the Furies Collective formed.[1]

Gottschalk grew up in the Lower East side where her mother operated a beauty parlour since the 1950s.[2] In the 1960s, she studied illustration at the High School of Art and Design. Through school, she met other lesbians who took her to iconic lesbian bars. She also became involved in the Gay Liberation Front.

She moved to California to join lesbian separatist communities. While in California, she worked as an artist's model, a topless bartender, and the driver of horse-drawn carriages.

Gottschalk was not a photojournalist or a documentary photographer but has been taking photos since she was 17. Her work is shown for the first time in the exhibition BRAVE, BEAUTIFUL OUTLAWS: The Photographs of Donna Gottschalk curated by Deborah Bright at the Leslie-Lohman Museum of Gay and Lesbian Art from August 29, 2018.

Some of Gottschalks photographs have been published in the Gay Liberation Front newspaper. Her photos were in storage for 40 years. The subjects of Gottschalk's photos are her friends, family and roommates.

Photojournalist Diana Davies took a photo of Gottschalk at the 1970 Christopher Street Liberation Day parade that shows her holding a sign reading: "I am your worst fear I am your best fantasy". 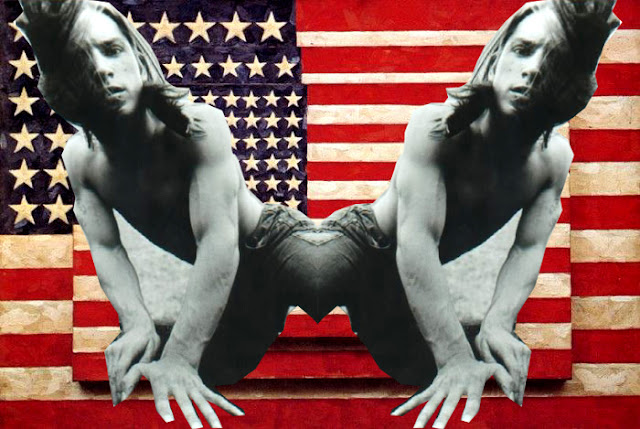 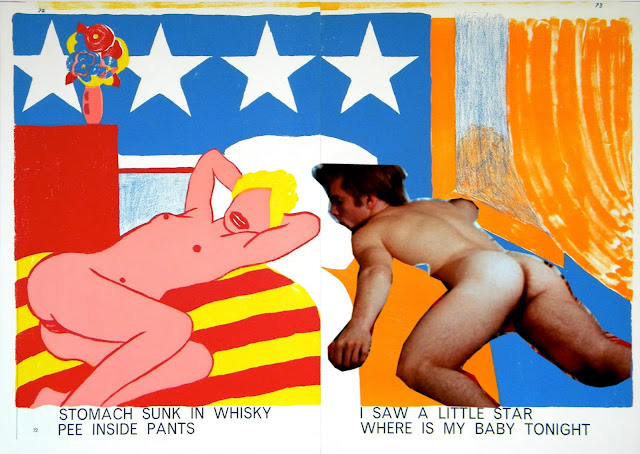 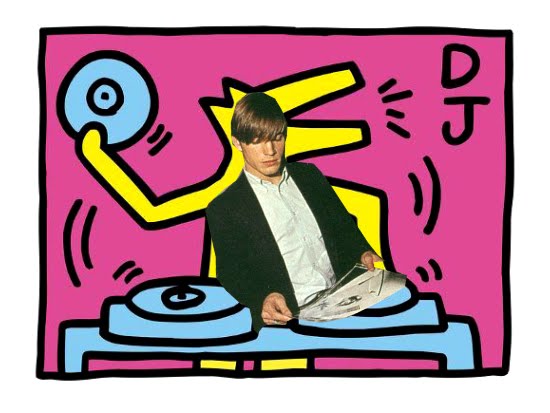 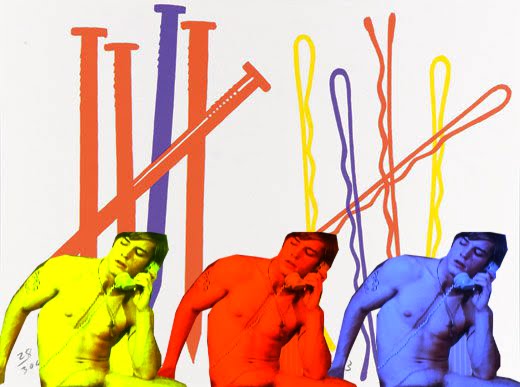 "Like many graduates, DALE LEWIS began his art career on the lowest rung, as an assistant first to Damien Hirst, then Raqid Shaw. Two and a half years with Damien were spent on kaleidoscope paintings, which meant placing thousands of butterfly wings in patterns onto paint, while his four and a half years with Raqid were spent working in minute detail on photorealist paintings. It was when he became involved in the year-long Turps Banana painting programme that Dale’s style moved away from the labour intensive processes he’d learnt under Damien and Raqid.
Now, the London-by-way-of-Essex artist paints his vast works, which stretch two metres high by four metres wide, in a single day. Dale’s style has been compared to Jean-Michel Basquiat and David Hockney, both valid comparisons, but in subject at least his resoundingly British paintings remind me of Grayson Perry’s The Vanity of Small Differences tapestries, as tableaux of society. Executed in oil, acrylic and spray paint on canvas are twisted scenes of often subversive, sometimes mundane, largely white, British, male life: boys dressed in Adidas and Nike at the seaside, gang violence, gay sex clubs, all-out human centipede-style orgies, an acid-fuelled funeral.
No doubt there’s much more to come: this year, Dale was one of three artists picked to receive a Jerwood Painting Fellowship, a scheme which awards each artist a bursary (of £10,000) and a mentor (Dale’s is Dan Coombs, who he met during the Turps Banana programme)."

"I’ve noticed that your pieces share male characters overcoming the typical mould for masculinity. Are you purposely challenging the ‘macho’ façade/stereotype?

I’m not consciously challenging anything; I just want to represent a specific kind of masculinity. Until recently, I didn’t see anything political in what I paint but I’ve been asked a few times to explain why I paint men the way I do – as sensual and expressive, like that isn’t a part of a man’s natural being. It’s funny that I have to justify that, as if it’s threatening."